THE MOMENT WE FELL

Paige Bryant’s dreams of becoming a professional ballet dancer died along with her mother. Drowning in grief and plagued by guilt, Paige is blindsided by a provision in her mother’s will that sends her to live with the father she never knew. Forced to start over in a new town, and at a new school where she’s now the principal’s daughter, Paige is convinced that her life can’t possibly get more complicated—until fate throws her into the path of the only boy her guardian tells her is off-limits.

Despite two years on the straight and narrow, Cade Matthews can’t escape his time as a juvenile delinquent. With his dad behind bars, Cade’s feelings of anger and betrayal are as relentless as the rumors he’s trying to outrun. The only person not listening to the gossip is the new girl with her own set of troubles, including a father who will never give Cade a fair shake.

As Paige tries to adjust to her new life and an uncertain future, a set of unopened journals reveals a dark family secret. When tensions rise to a boiling point, can Paige and Cade make peace with the past before it destroys them? 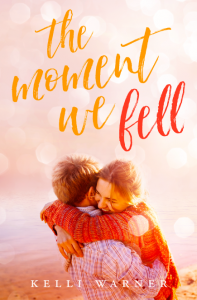 NOT WITH THE BAND

Those are three things Kassidy Perry vows to avoid her senior year of high school. Unfortunately, it looks like the Universe didn’t get the memo. When her mom marries the football coach from a rival high school, Kassidy’s forced to move (again), enroll in a new school (again) and adapt to life with three stepbrothers, including the school’s star quarterback who’s barely said two words to her. And what’s up with her incredibly hot-yet-cocky neighbor who’s developed a weird habit of climbing the trellis to her bedroom’s balcony? Nothing about her senior year is turning out the way Kassidy planned—and that’s before a revealed family secret drops the biggest bombshell yet.

Jordan Lawson couldn’t care less about football, even though he’s starting his senior year on the radar of college recruiters. He just wants to play music with his band, win a national contest with a record label and pursue his dream of being a musician. When those plans are threatened, his saving grace lies in the hands of his new stepsister. But how can he ask Kassidy for a monumental favor, when he’s partly to blame for derailing her life? And what if getting what he wants puts her dreams in jeopardy?

In her debut YA novel, Kelli Warner weaves a humorous and relatable story about finding your way in a world you can’t control—and what happens when the people you least expect turn out to be the ones you need the most. 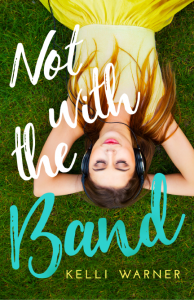